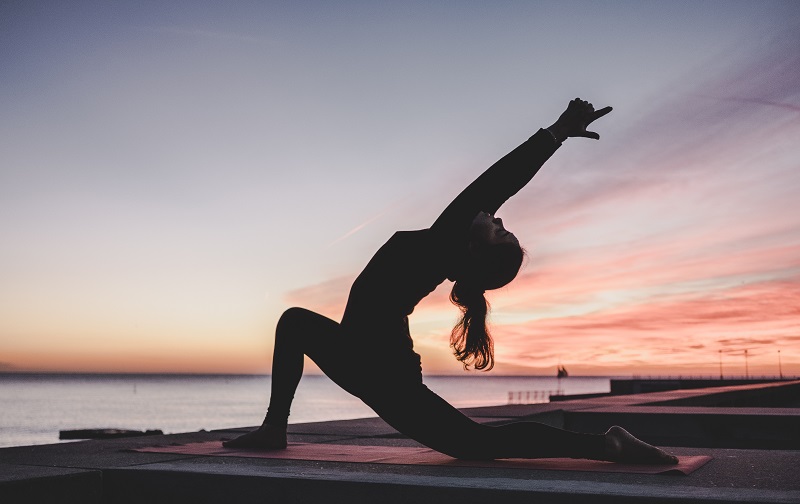 Last year, when I was in France, I worked on a 57 year old female who has always been scared of heights. After one adjustment, she went back out on her daily mountain hikes within the French Alps and discovered by looking down from the narrow precipice ledges that she had no more fear of heights. That one visit changed her life quite a bit.

I also treated a mountain guide while in France who leads trips throughout the Alps and into interior of China. He presented with smoking and wished to stop although he thought not much could be done in this regard.. I ran the Addictive Substance Neurological Pathway on him and saw him 2 days later for a follow-up visit. He was kind of upset when he revealed that he no longer has any more taste or desire for cigarettes. He was upset in a good way, mind you. I followed up 7 months later with him and he still was not smoking. It worked because he was ready to quit.

I treated a lady from Saudi Arabia while in France last summer who had ongoing shoulder, acromial clavicular joint and elbow pain for 30 years. She also had eyeball reverberation and muscular spasm upon slight eye movement. All was resolved within 4 visits after resetting and changing many of the factors that had created such…She was very happy with her results.

A female security agent from Scotland presented with an extremely painful coccyx from riding mountain bikes down steep French mountains. She could not sit. We adjusted her several times, addressed tension and counter intentions to healing, addressed disc issues, lymph issues, inflammatory issues, reformatted the nerve system and cleared an opportunistic parasitic infection her body sensed and perceived present as well as an allergy to the breakdown products of that infection. Her pain resolved and now she can sit and ride mountain bikes once again!

This last summer, I remotely worked with a female patient from Atlanta to address her severe and unrelenting pain and irritation from a recent breast re-implant surgery, some months after surgery. After 3 treatments her pain was resolved and she could go back to sleeping well at night with no discomfort.

This week I worked with a lady in San Antonio who was going through a crisis in faith as her best friend’s son was diagnosed with cancer and beginning treatments medically. Many issues surfaced for her, and there was no inner calm, centeredness or presence. There was only confusion, anxiety, depression and feelings of inequities and injustice of life. She was only 3% grounded I discovered. After an amazing one-half hour session , she felt totally restored, peaceful and strengthened to support her friend who could use her love and help.

A 30 some year old massage therapist presented last month in Houston experiencing aching neck and bladder symptoms. Her body’s innate intelligence perceived an infection within the lymph and was able to change such to resolve all symptoms quickly.

An executive for a large oil company presented with weakness persistent in the forearm, limited motion at the joint and difficulty crossing left arm over right. He also had allergies, suspecting ragweed. We found emotion affecting the arm and DNA Repair issues affecting the allergy along with molds in the blood for three years. After corrections, his symptoms resolved nicely.

A 50 plus year old client presented last spring who experienced narcolepsy all her life. This created problems driving, among other things. After 6 visits, she reported that this lifetime phenomenon had ceased. She was grateful for her healing.

This summer, a person in the natural foods industry presented for concerns of a shoulder injury and low back weakness from a car accident and complicated from a fall he had. He lives in Houston. After several visits we were able to see this longer term chronic condition resolve to his satisfaction. This allowed him to continue the heavy type work required in his job.

A CPA from Houston was under much stress, tension and deadlines. Her heart tested energetically at 2/12 and her adrenals at 7/12 of optimal function. Her bladder tested 3/12. After correcting and running the pathways with her to allow the body to realign and clear interference, she regained energy and felt like a weight had been lifted from her and all numbers registered above came to within near optimal again.

A marathon runner who has won probably more marathons in Texas and elsewhere than any other female of which I am aware has seen me once each month for maintenance and any issues that might arise. To date, all energetics, physical problems and concerns and deficiencies have been addressed. She continues to excel and averts any hazards that would occur from not regularly getting checked.

Bill, a fitness trainer in Austin recently came to me after having made many attempts with conventional medicine to resolve his condition. The following are his comments: “It all started with a slight pain in my right shoulder that within weeks graduated into an intense pain where I could not even lift my arm to brush my teeth without using the other arm to support it. It was also dangerous driving since I did not have full range of motion to control the steering wheel. The pain also prevented me from doing pushups without my arm giving way. I could not even lift 10 pounds. I began thinking rotator cuff tears and surgery. I did not look forward to this. Then I found out about Dr. Rogers. After my first visit with Dr. Rogers, I had almost full range of motion and minimal pain. After the second treatment to further relieve pain and restore motion , I can now do everything I mentioned without any trouble. I highly recommend his services”.

Here is a comment from a practitioner learning the type work that I do : “I continue to be blown away at how quickly and thoroughly long standing and acute problems that the client has been told to learn to live with actually resolve…..In the beginning, we thought maybe it was just co-incidence or just getting lucky seeing patients resolve but as we continue to evolve with the process, I can’t help but believe that what I am seeing is really happening. I remind them that previously in our world there was no solution but in the world of energy medicine, everything and anything is possible. I truly believe this. I do agree that even our inability to believe what we see sometimes is one of the only remaining blocks to get rid of….”

And Charlie the cat has presented a couple times asking in his cat like way for some help through his owner….he could not pee. His body”s perception revealed inflammation and molds which resolved and cleared him for better days ahead.

I began working with Aine in January ’06. She was in Ireland so consultations by telephone became the method of assisting her health.

She presented with severe fatigue, brain fog, low blood sugar, falling asleep easily during the day, constant constipation, sluggishness, a feeling of cold in the body, weight gain, vaginal infections, bloated, ankle fluids, sore gums, root canal pain, sore neck, varisocele on right foot, low motivation, loss of confidence, could not follow through with requests, concerned with her marriage, her son, her friends who lost their daughter in a recent accident. She also felt shameful. She coped with fear and extreme emotions. Her conscious belief she could heal was only 10%. Her other-than-conscious belief was 30%. Her receptivity and compliance to therapeutic intention was 20%. Her tension levels in her body tested at 5300%. She had already tried other healing systems.

As of July 1st ’06, I have worked with her for 17 sessions. During this time, we have assisted her thyroid, immune system, hormonal system, nervous system, her GI tract and her genetic links. Her head has become clear, she feels better, her bowel movements have normalized, her energy has increased, blood sugar is balanced, her mood and mental states are even keeled, her root canal pain decreased, vaginal health greatly improved, her clarity is brighter now, and she is losing weight. Most all her symptoms are gone, meaning that the conditions they represent are changing. To date, her symptoms representing deeper underlying conditions are almost all gone with what we believe to be a high durability of healing. Total consult time invested for her healing with me: 10.5 hours over 6 months time.

I believe this person’s experience shows what is possible using our services. Though each case is different and no 2 people respond identically, it does give hope for humankind to have access to excellent and effective methods for healing our bodies, sorting out internal confusion, and assisting in re-normalizing our physiology, much in the way it was intended by our creator!

People also come for this work with NO chief concerns except to expand wellness, of which the techniques I use, do excellent work assisting in this way.

Emily, of Austin, presented with severe emotional issues around betrayal and deception, acute anxiety, anger, shock, and back pain.

We used several techniques to address any and all emotional charges and neuroemotional complexes within her body. We found the earliest incident in her life that gave rise to this similar energy she currently was experiencing. We also cleared all “cell-memory” around the event. I saw her 7 days later and she reported a miraculous healing and no back pain to boot. After she left the office she said that the entire crisis and all its emotions were completely gone and she was grateful. I am grateful.

Font Resize
Contrast
Accessibility by WAH
Call Us Text Us